In my first post, #57,  in this section, I said I was going to include a story I imagined as I was doing ancestry research.  I realized that I hadn’t done that for Johan Michael, (the 100+ years,  Revolutionary soldier, rye drinking, 5 ft. guy).  My research had me wondering about his life, and imagining so many stories,   So I’m pushing Margaret Peggy Pace’s post ahead one, and giving you one of these stories.

It starts with young Johan Michael, still at home with his family in Baumholder, Germany.   Click here if you would like to read another article about this German movement to America.  While working on this project, I am doing research to make sure that what I am saying is plausible.  I wanted to say that the family used a mule-drawn wagon to get from their home to the Rhine River.  So I thought I’d better do a little research into the use of mules in Germany in  the 1700s.  While researching, I found this article about George Washington getting a mule named Royal Gift, from Spain.  This is a fun learning experience for me.

“Today’s the day, Michael!  Wake Up!” said Michael’s father.   He leaned  over him closely, so he wouldn’t wake up the younger children yet.  All the children were sleeping in the same room.  The beds were gone.  The farm, and this house on it,  had already been sold to help pay for their passage to America.  As Michael dressed, he could feel the special hidden pocket his mother had sewn into all the children’s clothing.  This pocket would hold information about where they were going, people to contact in Germany and Philadelphia, and some money.

Michael could hardly contain his excitement.  He, at 21, and his younger brother, Daniel, 18, had spent hours talking about this, as they were out working the farm   The whole family had read the pamphlets and flyers about William Penn’s territory.  Michael’s Dad had talked to people who had received letters from relatives who had already taken this trip.  They had said the passage was hard, but they encouraged others to do it.

Michael and his dad had already traveled down the Rhine to Rotterdam with Michael’s uncle Nickel Kemmer, to secure the family’s passage on the ship Edinburgh.  They were glad to get on the Edinburgh, as the  captain had successfully made the trip several times.   Michael didn’t think he had ever seen his father so happy and excited about something.  His father talked continuously about different aspects of the trip, his eyes shone, he laughed and hugged Michael and Uncle Nickel.

Michael’s mother, however, was not so eager.  She was much more reluctant to let go of everything she knew.   And she was fearful for her children on this journey.  It helped that one of her sisters and that sister’s husband and daughter would be traveling with them.  But she cried every time she thought that she may never see her parents and other siblings again.  She, too, had heard stories of the ocean voyages.  There were also stories of people being  being robbed, and murdered for their possessions before they even got to Rotterdam.  And, it was well-known that in certain places going down the Rhine, people would put huge chains across the water to stop the boats, and demand that they pay in order to go on.  Although they had money, she had no idea if it would be enough.

Young Michael, however, held none of those fears.  He was more than sure that he, his dad, uncle, and brothers could protect the women and get the whole family to this place of so much promise.  Some place he had heard that so many went to America “that they might find a more abundant livelihood.”  He was ready.

“Michael!” his dad called from outside.  Picking up one of the heavier boxes, he hurried out.  He helped his dad hitch the mules to the wagon, and began to load.  The mules and wagon would add to their traveling reserve when they sold them, before boarding the boat to go down the Rhine.  He could see Uncle Nickel and Aunt Elisabetha, and five year old Maria Louisa in the wagon coming up the road.  Daniel came out with the food, Mother with the other children.  The excitement and joy of this new adventure seemed to push aside any misgivings.  Everyone was hugging, laughing and talking. A much more somber scene would take place upon their arrival in Philadelphia.  But no one knew that now.  Michael picked up little Maria Catharina and twirled her around before gently placing her in the wagon next to his mother.

Michael’s dad looked back at him proudly and said, “Michael! Today’s The Day!” 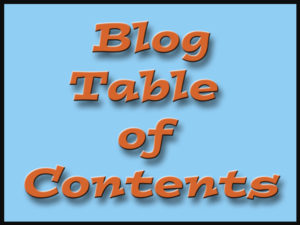